For nearly a hundred years, everyday women in the United States could sway the country’s political landscape because, like men, they have the right to vote. If you’re a Baby Boomer or Millennial, you probably can’t remember a time when state or national authorities blocked you from casting your ballot because, thanks to the constitution, it’s your given right as an American.

The same could not be said, however, for the women living a hundred years ago. Back when patriarchal systems were the norm, gender roles were enforced, and the 19th Amendment had yet to exist, women were delegated to two roles: wife and mother. In fact, there were even laws established that prevented women from doing everyday things we enjoy and take for granted today.

Thanks to the suffrage movement and the events that led to it, those gender roles came tumbling down as feminists fought for the right to vote and be treated as equals despite criticisms from the media and the government. Learn more about the history and the legal changes these feminists played to ensure we have the rights we have today. 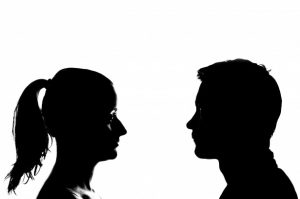 In early American history, women did not have the same basic rights as male citizens. Instead, there was this notion that a man was the strong breadwinner of the family while the ideal woman was this modest, chaste, and dutiful wife who submitted to her husband’s whims and cared for all her children’s needs. As a result, you won’t find a lot of women performing significant achievements in that part of history. Women weren’t allowed to own property or claim money they earned, nor were they expected to become prominent names in politics.

While some states allowed women to vote even before the 19th Amendment was made, women could not vote in national elections (i.e. elections for the president, vice president, senators, and other politicians whose authority would overrule state authorities) because our country’s law did not allow it. The argument was that women did not need to vote because their fathers or husbands – basically, the man of the house – voted on behalf of their entire household.

It’s a patriarchal belief that has had centuries of momentum to develop. But once it became trendy for wealthy families to have educated daughters, which eventually passed on to the middle class, more women were slowly protesting their treatment as fragile second-class citizens.

The idea of this feminist movement was that women are not objects owned by any man because they are humans with the right to think for themselves. While that was a controversial idea at the time, it was one that was slowly growing across the United States.

The difficult part of discussing the suffrage movement is that it wasn’t like most movements that went on for months, changed the face of American law, and those that protested immediately benefitted from the results. On top of the other developments and the wars that occurred from the early 1800s to 1920, it was a very fragmented movement, both in time and the type of protests multiple groups performed.

The earliest of the suffrage movement was the protest in Seneca Falls in New York around 1948. Eventually, the movement’s leaders – Elizabeth Cady Stanton and Lucretia Mott – formed the National American Women’s Suffrage Association. While their main goal was women’s suffrage, their causes and actions leaned towards the darker side of the suffrage movement. The organization mainly comprised of upper-class white women whose main argument was that if ignorant immigrant men that could barely speak English could vote, then so should native-born women.

The Road to Women Empowerment 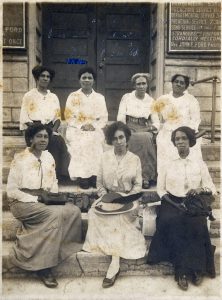 The suffrage movement began decades before the civil war. Before this, however, there is documented evidence that women were already playing a role in reform groups and protesters as early as the 1820s, and this was before the Progressive era.

Some historians refer to this period as the “women’s era” because women were fighting for equal legal and economic rights. During this time, women changed laws that allowed them to control their own property, their earnings, and contracts and wills. These are pretty basic rights we have today, but back then were a very big deal in a step towards women empowerment.

By the 1900s, almost five million women stepped away from the traditional housewife role and entered the workforce, mainly in jobs such as housekeeping and manufacturing such as the garment industry. At that point, women were strong players in the economy as producers and consumers, working either for wages or raising the next generation of workers.

During this time, the Women’s Christian Temperance Unionformed the biggest women’s organization in the United States in the 1870’s, with 150,000 members by 1890. Under the leadership of Frances Willard, the WCTU pushed for reforms which included the right for women to vote.

However, their motives for women’s suffrage came with an ulterior political motive. They were a religious movement partly responsible for the Prohibition era, a ten-year period when it was illegal to sell alcoholic drinks. The WCTU believed that if women could vote, more people would be on their side in voting for laws that made it harder to drink. In 1895, Willard declared that, “A wider freedom is coming to the women of America.” According to her, politics is the place for a woman.

The role of women in politics expanded during the Progressive era. Many of these reformers were middle- and upper-class women, but the growing economy and the development of upper-middle class women meant that there were more educational opportunities and this growing group of college-educated women became leaders of new movements.

This was around the 1890s, when the American mass consumer was growing. Because women were mostly in charge of the shopping, most products were aimed at women and advertised as “labor-saving” tools such as washing machines. And because women were the primary consumers, the educated women realized that they could use that to their power.

Florence Kelley was a college-educated woman who established the National Consumers League. The league was responsible for boycotts and consumption patterns by convincing consumers not to patronize products that participated in child labor or sweatshops. At that point the economy saw how powerful female consumers were when it came to a product’s profitable success.

Women in the Workforce 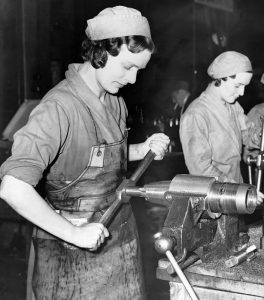 Around this time, women were also working outside the home. African American women worked as domestic servants or part of the agriculture industry, while immigrant women were given low-paying factory labor. Native white women were given the opportunity to work in the office and as phone operators. By 1920, 25 percent of the female workforce were office workers and telephone operators, while domestic servants were only 15 percent.

However, this did not sit well with some families, especially the traditional parents of daughters who went to the workforce before getting married. There was a sense of freedom and independence for women who worked, but it seemed radical for a woman to be working outside the home. Men also felt uncomfortable that feminists were comparing the workforce labor to a housewife’s duties, wondering why women would even call housework a form of labor.

The Rise of Birth Control

Reproductive health was not a class issue; women of all educational backgrounds and social classes had the right to choose whether or not they wanted children. More women wanted to control the number of children they had because, back then, there were no laws on maternity leaves. Taking the time off to give birth and raise a child could cost them their job.

There was also the argument from feminists such as Margaret Sanger and Emma Goldman that women should be allowed to enjoy sex without getting pregnant. It was a radical idea, and for that, Goldman was arrested over 40 times after trying to teach these ideas to working women before she was eventually deported while Sanger was sentenced to prison in 1916 for educating working-class women on birth control and opening a clinic that distributed contraceptive devices too poor immigrant women.

The Rise of the Voting American Women

Despite all these developments and their involvement in social movements that changed America, however, women could not vote. At the turn of the 20th century, women were pushing for electoral politics. 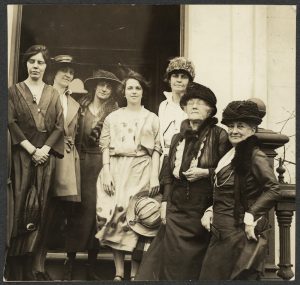 Decades after the flawed Seneca Falls protests, by the early 20th century, college-educated activists of the National Women’s Party, under the leadership of Alice Paul, began pushing for women’s suffrage again. Compared to early protesters, they were more radical and aggressive that seemed unseemly to the original suffrage movement advocates.

Prior to the movement’s arrival in the United States, Paul had been studying in the United Kingdom, where she saw how British women were practicing militant forms of protest, which she brought over to the United States. This included chaining herself and her followers to the White House fence and partaking in hunger strikes.

By 1916, President Woodrow Wilson was inclined to provide women’s suffrage, but when the United States became involved in World War I, the war split the movement further. Some organizations believed the war would be a chance to show how important women’s roles were, while Progressives opposed the war and regarded it as a threat to their reforms.

However, the war did indeed serve the women’s cause. Women showed patriotic support working in war-related industries and it soon became public opinion that women should be given a right to vote and become a part of national politics.

The Legal Process: The Final Battle for Women’s Suffrage

When Were Women Allowed to Vote?

On August 26, 1920, the 19th Amendment was added to the Constitution and women were allowed to vote throughout the United States. Less than three months later, more than eight million women got to vote during a national election for the first time.Over the next 60 years, the remaining 12 states that did not ratify the amendment joined the development, with Mississippi being the last state on March 22, 1984. 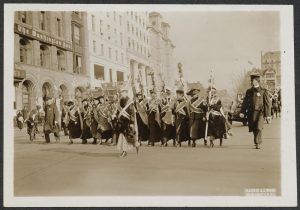 Unfortunately, in its early years, there was little time for celebration as the 19th Amendment was overshadowed by the 18th Amendment, the Prohibition, which affected both men and women.

Afterwards, women’s organizations were pushing for more movements. However, the Equal Rights Amendment, pushed by the National Women’s Party, saw opposition from other women’s groups. Other organizations believed that asking for equal access to education and employment opportunities could cancel out the hard-fought benefits such as mother’s pensions and labor laws limiting the number of hours women could work in a day.

The 1890’s to the 1920’s were the high tide of feminism and women’s rights in the United States. While gender roles continued to play out with the woman playing the role of a wife and mother, and voting did not really help women until after some momentum, it was a win for women as they established their autonomy and freedom in both society and the economy. Women today have a lot of rights thanks to the actions of the women during that time and it’s proof that, despite the notions of the female gender, women can make their voices heard.