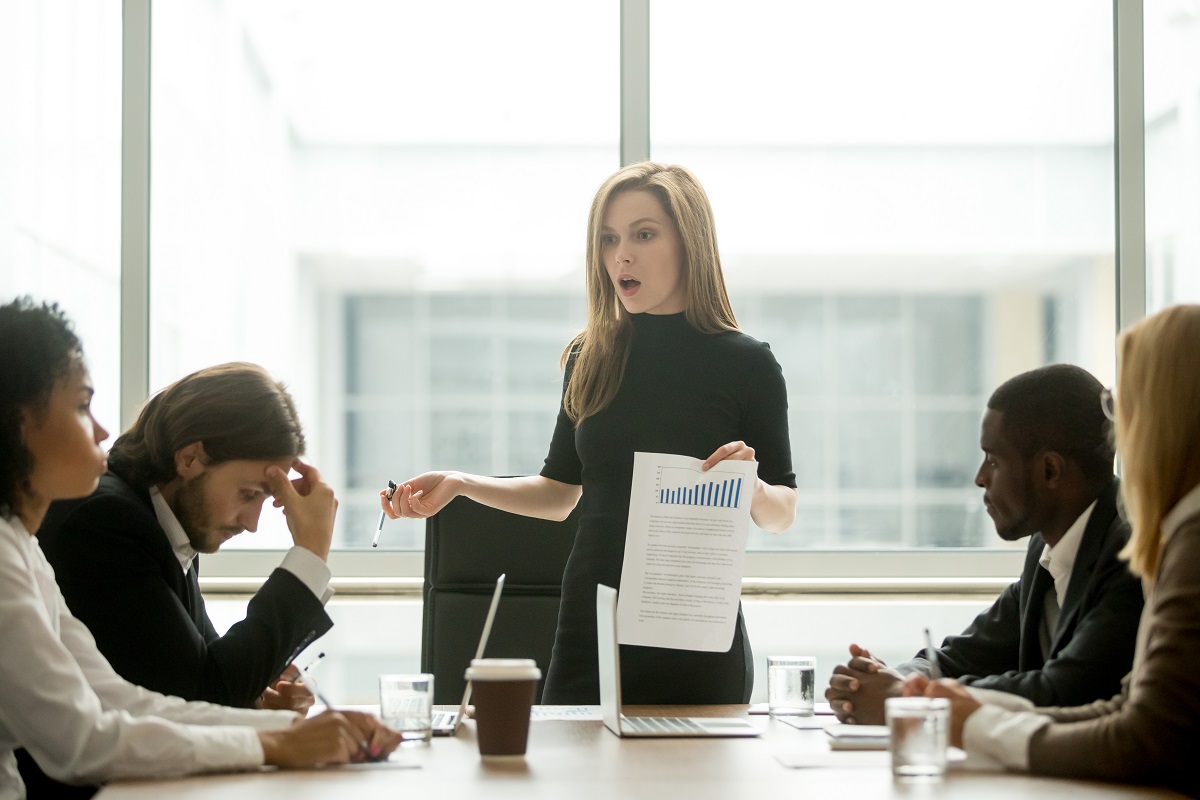 I think every office has “that guy”. You know who I’m talking about: they’re usually really smart, highly dependable to get the job done, but they just get on everyone’s nerves. Heck, even their water cooler talk just annoys you.

A co-worker or manager with an abrasive personality is one of the big reasons employees lose their passion for the job, and while it might not be the intention, it’s still a pretty big deal. They try to make jokes, but they’re usually just loud, boorish, and obnoxious, and sometimes you wonder, is this person really that bad or am I just being too sensitive?

Well, as it turns out, neither.

The abrasive personality type is not someone anyone can avoid: you’ll find abrasive people everywhere you go, from high school jocks and terror professors to micromanagers, and that mean woman from accounting. But do they make it their life’s mission to make everyone else around them feel bad? Not exactly.

What is an Abrasive Personality? 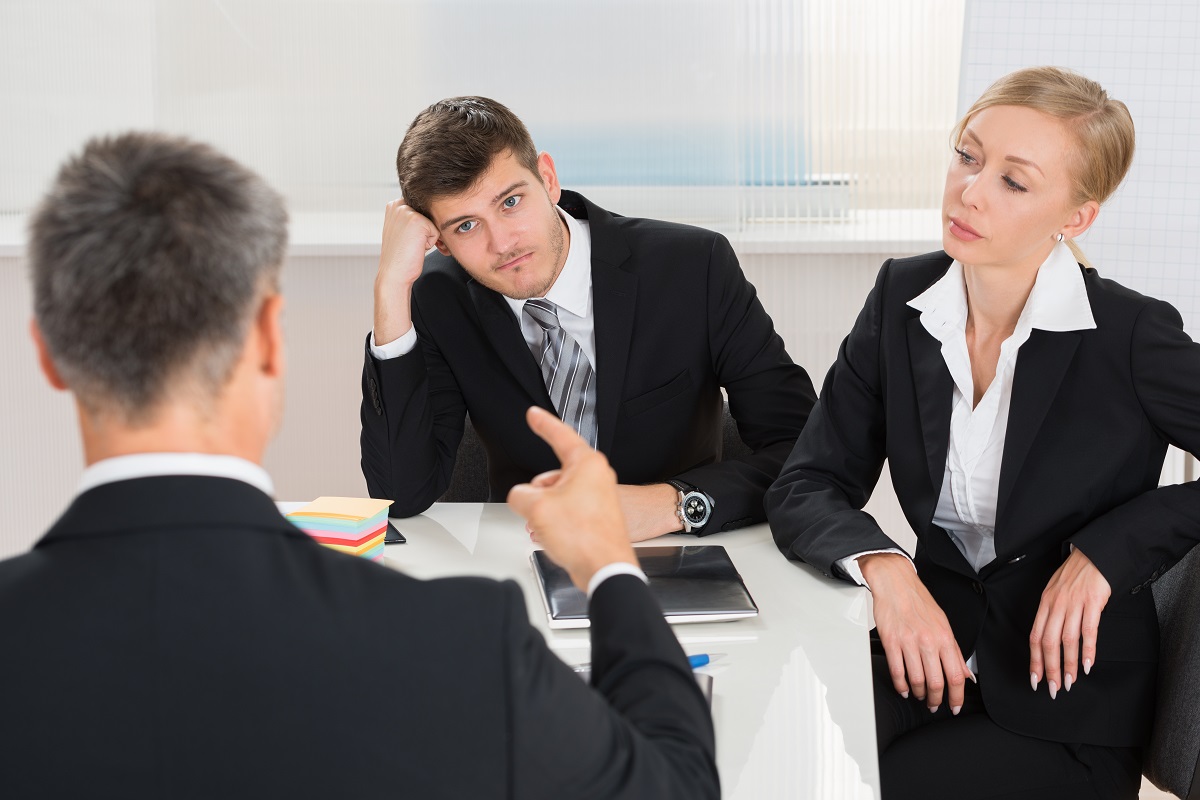 According to a study published by Dr. Stuart Litvak in the Journal of Contemporary Psychotherapy back in 1994, a person with abrasive personality disorder is someone who is “An individual who is overbearing, overtly or covertly dominant, who has a strong tendency to control and manipulate others.”

In that study, Dr. Litvak was lobbying to classify the abrasive personality as a disorder, rather than just a collection of annoying, passive-aggressive personality traits. It never did gain traction, but it did pave the way in defining and pinpointing certain personality behaviors that others find grating.

A person with an abrasive personality is often described like a porcupine: they’re just constantly prickly, and have a natural talent for pushing people’s buttons, often in the most annoying –and sometimes even emotionally painful –ways possible.

But this abrasion often belies a deeper problem for the offender: they’re not being annoying just for the sake of it, they’re doing it because they require perfection, not just from themselves, but from the people around them.

Of course, perfectionism in and of itself does not an abrasive personality make. But it is one of the main drivers of their behavior, and perhaps the most prominent trait that others find offensive. If this person happens to be bullying your child in a school setting, it’ll be best to take it up with your child’s teachers.

Characteristics of an Abrasive Personality

People with an abrasive personality often have certain traits that others might find appealing: they’re usually extremely intelligent, with a passion for perfection and accuracy. They’re also usually very driven and highly dependable to get any job done.

Unfortunately, it is these very traits that often make them abrasive: their intelligence comes across as condescending, whereas their constant quest for perfection almost-always comes across as nitpicking and pedantic. This perfectionism also makes them impatient around people who don’t match their standards, and they make their displeasure known in no uncertain terms, often with, again, condescension and anger.

In an upper management environment, perfectionism also drives competitiveness which, on a good day, allows a team to get their deliverables done, but on a bad day, just makes everyone feel horrible for not matching the high standards they’ve set. 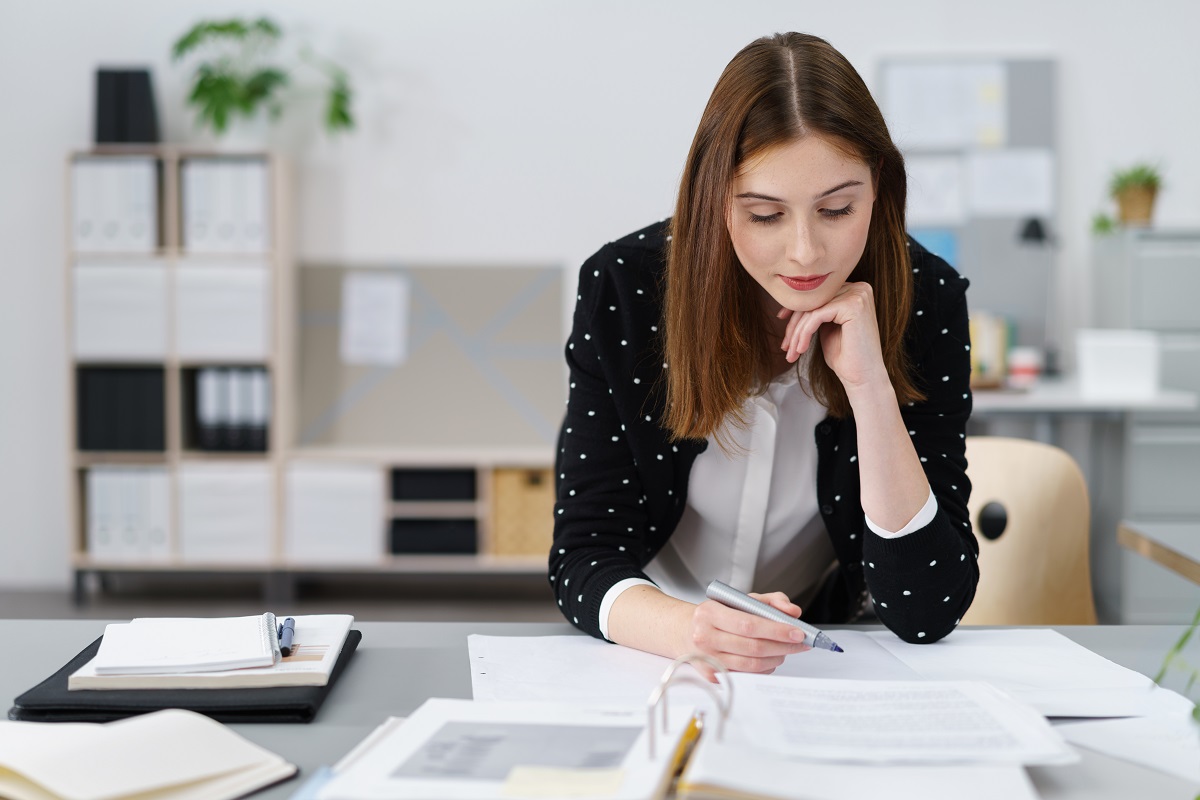 This perfectionism, coupled with their intelligence, makes people with abrasive personalities perfect problem solvers: their analytical mind sees the crux of major problems easily and can work out solutions just as quickly.

Unfortunately, this critical eye often extends beyond professional problems and towards the personal flaws of others. For people with an abrasive personality, the personalities of other people aren’t unique traits, but rather, problems to be fixed.

And because most people may not be on the same level as them, people with abrasive personalities are unable to fully execute their solutions nor do they have the patience to guide their teams to success. Hence, they often make poor people managers.

As mentioned above, people with abrasive personalities are very competitive, which means they can often hold grudges against their “rivals,” or anyone who doesn’t live up to their standards. Not only does this often result in hurtful words being said, it can also lead them to undercut certain work processes just to “beat” their rivals (even though, ideally, everyone in the company is working toward the same goal).

There’s a big chance that should their most toxic traits be stoked; they can start treating people at work unfairly, leading to bigger issues along the way.

The Abrasive Personality Type is Terrible for Groups, But . . .

Strangely enough, despite them being terrible with a group, people with the abrasive personality type are actually congenial, even enjoyable, when you interact with them one-on-one, especially if you’re not under their supervision or if they’re not acting as their work role.

This may be because of two things: first, the person with the abrasive personality doesn’t feel defensive, i.e., they don’t feel the need to make themselves look important, and two, there’s nothing “important” at stake. They can just hang out, be friends, and in most cases, even accept criticism for their behaviors.

That’s because the person with an abrasive personality is also insecure: in group settings, they often try to dominate the conversation, leading it to topics that they’re familiar with, sharing their opinions about those issues, and just generally propping themselves up to be experts in what they’re talking about. All because they don’t feel adequate enough.

This insecurity is borne from their perfectionism. Nothing is perfect enough, not even them, and they try to mask it by being loud, obnoxious and generally unreachable on a human level at times. Because they don’t want others to see them as what they are: a person who is just as flawed as the next.

How Do You Fix a Person with an Abrasive Personality?

Simply put, you can’t: people with an abrasive personality need to realize on their own that their actions are putting people off. Although some traits –like their intelligence, tenacity and passion to perfect what they do –are a boon to any group, they need to learn how to rein it in and not let those personality traits go to an extreme.

While it shouldn’t be your job to put up with someone who’s terrible for your mental health (make them read Harry Potter if they want to be better people, seriously), there are certain steps you can take to make life with a person with an abrasive personality be more bearable:

Working with a person, in upper or mid management, with an abrasive personality isn’t easy, but if they’re willing to listen, to learn and ultimately, to improve as people, then you’ll start seeing all the positive aspects they bring to the table, and maybe, just maybe, you may even see a potential friend.