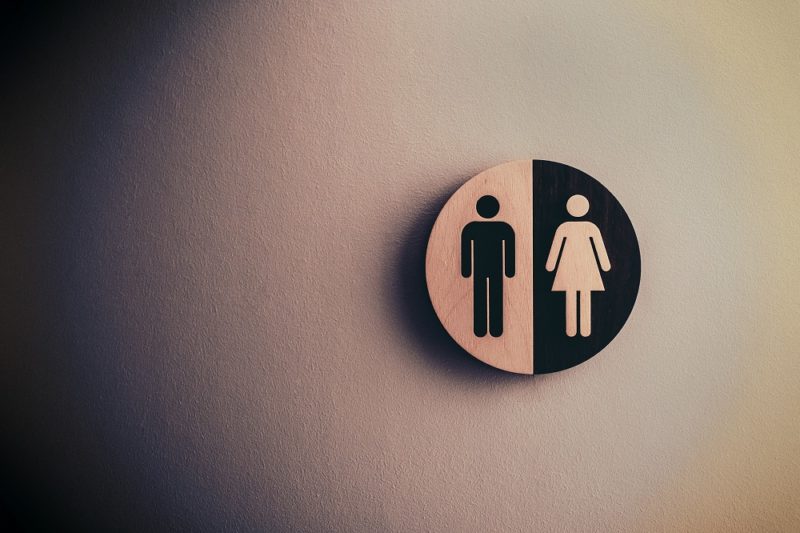 The topic of gender has always been a highly debated one. In the early days, it was considered a sin, unlawful, or barbaric for men to have sex with men or for women to dress and act like a man. In some cultures, these acts were considered “crimes against nature” and were even punishable by torture and death.

Today, while some countries in Asia and Africa still practice the death penalty for homosexuality, it’s hard to deny that the rest of the world is still not totally accepting of people in the LGBT+ community. From the KKK and religious extremists violently stomping on their rights, to everyday people denying simple services to those with different views, it’s clear that humanity still has a long way to go before totally accepting people of all genders.

Yes, you heard what I said. “Of all genders” – meaning there are more than two. I’m tired of seeing people against LGBT+ groups smugly saying, “God created Adam and Eve, not Adam and Steve” and thinking they’ve immediately won the argument. Or, for those who want to go biological, say that you’re either born with a penis or vagina, and nothing is going to change that.

If these people took one gender studies class, they’d know that these are all moot points. Yes, the LGBT+ community believes in science and isn’t denying that you’re born with either one of those private parts. The community isn’t denying this because, in terms of arguing for gender, this isn’t the point. And it is this argument, that there are only two genders, that can easily be disproved by both science and gender studies.

Let’s get it out of the way: sex is NOT gender. Though these two are often used interchangeably, everyone should note that there is a big difference when talking about identity. In a casual conversation or when filling out a form, it’s common for people to ask for a sex or gender, and that’s fine – I’m a man, I’m a woman – because that’s what we’re used to and the definition in these cases are similar. But when we’re talking about a different level of identity and gender politics, the differences totally separate both definitions.

This is what most people refer to when you talk about the reproductive organs you have upon birth. There really are only two sexes, male and female, except for special cases such as sexual dimorphism. A man has XY chromosomes, a woman has XX. A man has a penis, while a woman has a vagina. A man has testosterone, a woman has estrogen. Men provide sperm, women provide egg cells. These are the facts of life, and no one in the LGBT+ community is denying that because that is how science works.

The only exception to these are those with sexual dimorphism. These were the people called “hermaphrodites” in the past, but because they’re not limited to conditions of genitals, they’re now what’s referred to as “intersex.”

Under sex is all the biological aspects of being a man or a woman. Biologically, women are capable of giving birth, but they need men to provide sperm to fertilize their egg cells. Back in the early days of man, there was no guidebook that told men and women what to do to reproduce or survive, so it became a part of their instinct to learn what to do for both.

While we’ve been given technological advancements today, that instinct to survive rarely shows up. Based on Freud’s model of the human psyche, this instinct is our id, which is the primitive instinct we have – including our sex and what it means. 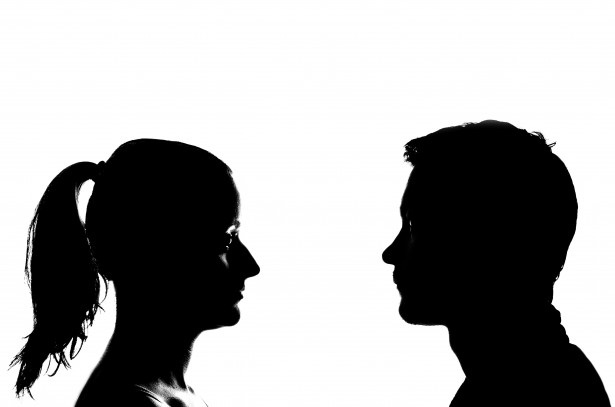 Gender, however, is not sex nor is it the instincts that humans have spent thousands of years developing. It’s not as simple as looking at your genitals at birth and saying you’re a man or a woman. In fact, it’s much more complex than that: while sex is either black or white (or a rare gray for intersex people with genetic conditions), gender is actually a spectrum. To understand this, we need to take a look at history and society.

If your sex is a woman, nature will provide you with relatively bigger breasts than a man’s, a vagina, egg cells, and estrogen. Assuming you’re healthy enough, you are capable of producing a baby. Men have none of these because it is not biologically possible. And this is all based on biology and instincts.

There are, however, some things not built by instinct but became a practice. Because women have to avoid stress and then recuperate before and after childbirth, it became common practice for men to be the ones to make the money and look after his wife. Eventually, it became such a way that gender roles dictate that a woman’s place is at home to have children, raise them, and keep the home united while the man provides for his family and becomes the breadwinner. This was not based on instinct, but because of common practices, this became the mindset people expected from families.

Or, just take a look at colors. If you put blue and pink together, you might easily associate blue for males and pink for females. This was not always the case, as parents used to dress their babies in any color as it wasn’t gender-specific. In fact, pink was originally the color assigned to boys because it was a form of red, a masculine color, and blue was seen as delicate and dainty for women. 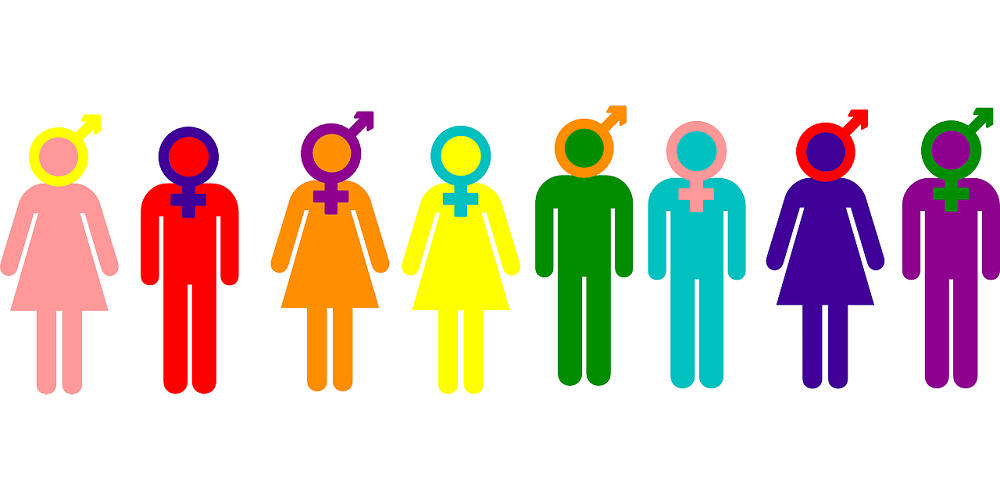 Gender is a Social Construct

In linguist Ferdinand de Saussure’s Course in General Linguistics, we have what is known as the sign, signifier, and the signified. If you look at a stop light, your signifier is the thing you can see; in this case, it is the red, yellow, and green light. In terms of instinct, you didn’t know at birth what these colors mean when placed in that situation. A child may not be able to understand a stop sign until they grow older and understand a stop light’s signified: that green means go, yellow means slow down, and red means stop.

This is what we call a social construct. Our instincts or our id never taught us this at birth, but because society generally accepts it to be this way, we grow up believing it as a universal truth. As another example, look at money. The value of a dollar is what it is and not the value of the paper it is printed on because, at one point in the past, society agreed they would honor money as a form of barter trade.

People think there are only two genders because they believe in the gender roles imposed in being a man or a woman. People think women are dainty and pretty, and acting a different way is deviant or manly. Men are supposed to be tough, show little emotion, and treat women as conquests or part of their property. These are all societal expectations based on constructs, and this is where gender becomes more fluid than they think.

Gender, unlike sex which is black and white, is a spectrum with countless possibilities. A straight male is biologically male, is attracted to women, and may partake in the gender roles imposed by society. A straight man can also choose to exhibit non-masculine traits, such as being more emotional than your everyday macho man or enjoy non-traditional manly hobbies such as knitting. His gender is still male, but he may be subject to ridicule because his action goes against societal norms.

A homosexual man, however, is biologically a man, is attracted to men, and still partake or choose not to join gender roles. It’s a common (and offensive) assumption that gay men are limited to the sassy girl’s best friend type you see in movies, but gay men can still choose to perform traditionally male things like work out, but they also have the option to do feminine things like wear dresses.

When you imagine this spectrum, think of totally masculine gender roles on one end – machismo, cars, and sports – and feminine gender roles – skirts, flowers, and babies – on the other end. An extremely straight man who believes in gender roles may be totally at one end of the spectrum. A gay man who may be anywhere on the spectrum, depending on his identity.

Now, once we look at the other genders, here’s where it becomes both tricky and understanding at the same time. Take a transgender man, for example. By definition, a trans person is someone whose sex does not match their gender identity. So a man is born, grows up, and realizes that he likes none of society’s expectations as a man and believes his identity – everything he likes and wants to do – falls under society’s expectations for women. Transgender women (that is, people who were born male but identify as female) aren’t denying that they have a penis. They’re going against social constructs and what society believes they should be doing because they prefer to be wearing women’s clothes and acting like most people believe. There are even trans people who remain heterosexual.

If it sounds confusing, that’s because it is. We haven’t even talked about sex and gender with sexuality in the mix. Add in the fact that some people choose to be asexual or gender-neutral, and you have a spectrum filled with people creating their own identity.

Many people claim that anyone who identifies as a gender that is neither male nor female are either mentally insane or refusing to acknowledge science and their own bodies. The truth, though, is that there really is more than one gender. These people aren’t denying the truths of biology. Rather, they’re shunning the expectations set on men and women and are establishing their own identities, which may mean preferring to exhibit gender roles given to the opposite sex.

There’s so much more to talk about when it comes to gender, but this is the logic behind multiple genders and two (in most cases) sexes. While sex and gender are terms used interchangeably, when it comes to establishing identity, their difference becomes more important to establish.