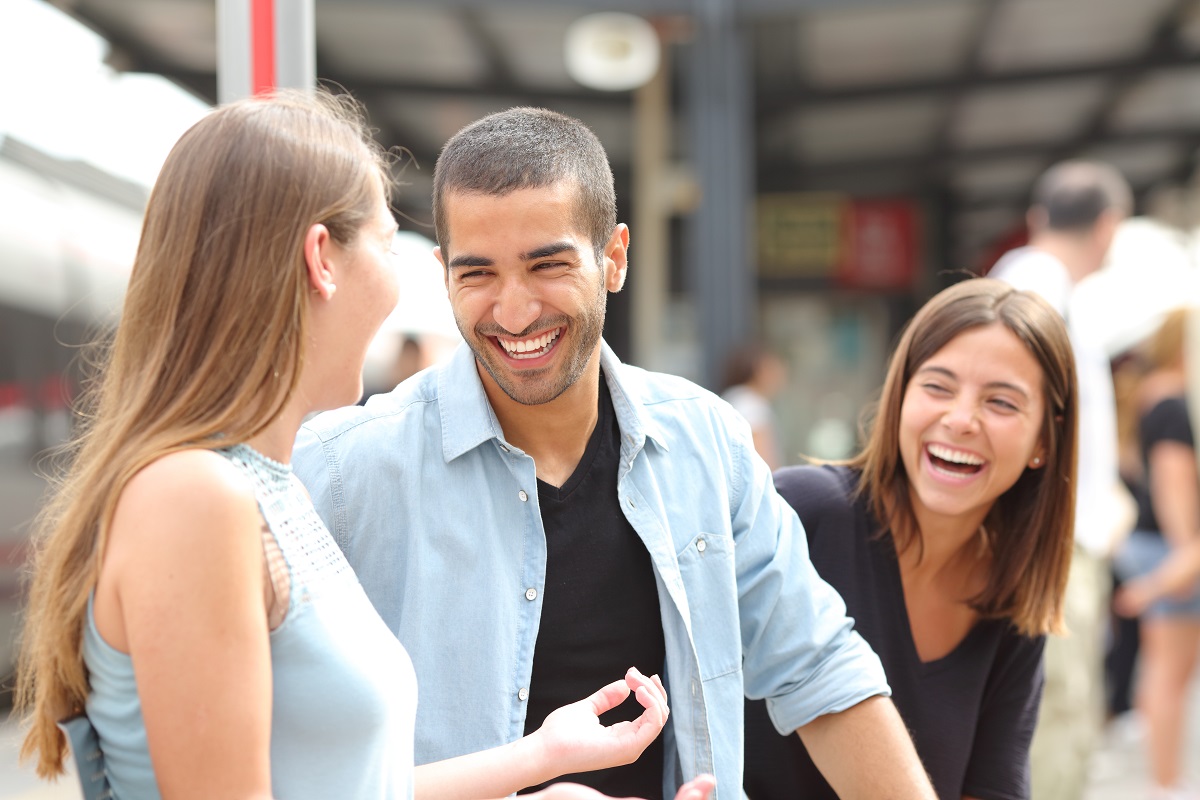 As a standup comedian, self-deprecating jokes are my bread-and-butter: it makes me money, and it makes people laugh. There’s probably no other feeling in the world that compares to the ability to make an entire room full of strangers laugh and enjoy themselves.

As they say, the only difference between comedy and heroin is that you can quit heroin (not that I would know about the latter).

There is another side of standup comedy that makes it so appealing to a whole lot of people: it’s therapeutic. Think about it, you get to go on stage and talk about your problems or long-standing issues in front of a crowd. Sure, you still have to make it funny, but it’s a great way to kind of confront a lot of your inner demons and poke fun at it.

I was bullied as a child so that immediately gave me like, 10 minutes of material to work with. And honestly, over time, as damaging as my high school years were to my psyche, I’ve learned how to repair it and be better.

And when you make fun of your struggles, you tend to use self-deprecating jokes. On stage, and if done well, the results can be hilarious; heck, some comedians have built their entire careers around the concept of making fun of themselves. It makes them laugh, it makes the audience laugh, and at the end of the day, everyone has a good time. I mean, if Harry Potter can make you a better person, so can Richard Pryor.

Now, here’s my problem: I’m a standup comedian, which means I don’t earn a lot of money, and which means I have a corporate day job that pays well. I don’t enjoy it as much as being on stage doing my craft, but it pays the bill, so it’s a compromise.

The problem comes when I start brandishing my humor in the office. Sure, some of my colleagues get it, but the rest?

“Why are you so mean to yourself all the time?”

“You shouldn’t be so harsh on yourself!”

See, not everyone understands the power of self-deprecating jokes, how they help a person’s psyche, and how it can be beneficial both to you and the people around you. As a comedian, I learned early on that taking yourself way too seriously can only lead to being a prick, not to mention early signs of balding.

Seriously, it’s ok to poke fun at yourself; none of us are that important. Maybe the Pope, but unless you wear a white dress and a tall hat to the office every day, you don’t qualify, and neither do I.

But like everything else, self-deprecating jokes has its limits, and that’s something I’d like to talk about in this article. But first, a few basics.

What are Self-Deprecating Jokes?

At its most basic and the way most people understand it, self-deprecating jokes are jokes that make fun of you as a person. Whereas insult comedy relies on insulting other people, self-deprecation is all about making yourself the punchline, the butt that everyone laughs at.

And that’s how other people see it: self-deprecation is bringing yourself down at the expense of yourself, and making a fool of yourself in front of other people. And while it’s not exactly wrong, there are a few things I wanted to clarify.

Good comedy always punches up: this means that you always make fun of people who are above you, be it financially or politically or socially. Punching down, on the other hand, is when you start making fun of people who probably don’t deserve it and are lacking in different ways than you.

What does this mean? Think of it this way: it’s funny to make fun of Jeff Bezos (because he’s a billionaire) or Hugh Jackman (because he’s the Wolverine), but it’s not funny when you make fun of, say, a person on the welfare line, or someone standing up to an abusive husband.

Now, I say it’s not funny, but the truth of the matter is: it actually is funny, but we just don’t laugh at it because society says it’s inappropriate, it’s cruel, and it’s just down-right mean. But we can’t deny that each and every one of us has a hint of schadenfreude. In fact, some of the best self-deprecating jokes out there rely specifically on that German word up there.

Schadenfreude is a German word (which isn’t surprising) that describes the feeling of pleasure, joy, or fun, in seeing another person’s misfortunes. It describes a knee-jerk, primal reaction in humans where we just laugh at someone because we’re not in their position. Hey, deny it all you want, but it’s in there, in that reptilian part of our brains.

It’s the thing that tells us someone tripping over their feet at a party is funny. Sure, centuries of ‘morality’ have told us that laughing at a person’s downfall shouldn’t be funny, but schadenfreude is there, at the back of your head, lurking, waiting for someone to slip on that banana peel.

How Do Self-Deprecating Jokes Help?

So here’s where it gets interesting: that feeling of schadenfreude, as cruel as it is, needs to be satisfied, just like any other human instinct. This is where self-deprecating jokes come in, it gives you and the people around you a target to laugh at.

But it gets even more interesting: when comedians go on stage, we’re not exactly us. Sure, we talk about our experiences, our thoughts, our opinions, but it’s a persona, a reflection of who we are, an idealized representation of our psyche. So when you see a comedian doing self-deprecating jokes, they’re not exactly putting themselves down: they’re creating a character with a blank slate that they, and the audience, can make fun of without actually feeling bad about it.

At least, that’s how I see it: when I go on stage and talk about my stormy relationship with my parents (or lack, thereof), my exes (a 15-minute bit each), or any other issue that people might think is a faux pas in polite conversation, I’m not talking about me per se. I’m talking about this imaginary persona who looks like me, sounds like me, has the same experiences as me, is wearing the same plaid shirt as me. Hey, at least he has fashion sense (of a lumberjack, but still).

As a comedian, talking about my issues gives me access to a strong comedy set. As a person who’s been affected by seeing their parents have sex on their childhood bed or finding out their ex cheated on them with an Alpaca trainer (a story for another day), self-deprecating jokes allow me to see the absurdity –and at times, even the levity –of the psychological trauma I went through.

It allows me to process it, one laugh at a time, and it allows my audience to approach the subject in a context wherein no one gets hurt. It’s a win-win, but only if it’s funny! Remember open-mic comedians: comedy is therapeutic, but it is NOT therapy.

Are Self-Deprecating Jokes Helpful in the Office?

There’s actually a whole lot of science behind the concept of comedy and humor, and how it helps unify groups of people, coalesces them into a single unit that shares the same values and mission.

Here’s a funny idea: did you know that scientists still aren’t exactly sure why we have a funny bone in the first place? Researchers have long argued about the physical, emotional, and psychological reasons behind laughter, because frankly, there are no other animals who do it.

There are plenty of theories out there, but my favorite one is the idea that laughter, and comedy as a whole, is a human-specific response that arose during our caveman years (remember those? Good times). Prior to the invention of language but after humans learned how to hunt together and create tribes, there wasn’t a lot of ways to let your hunting party know that the shadows you saw in the woods weren’t a sabre-tooth tiger. 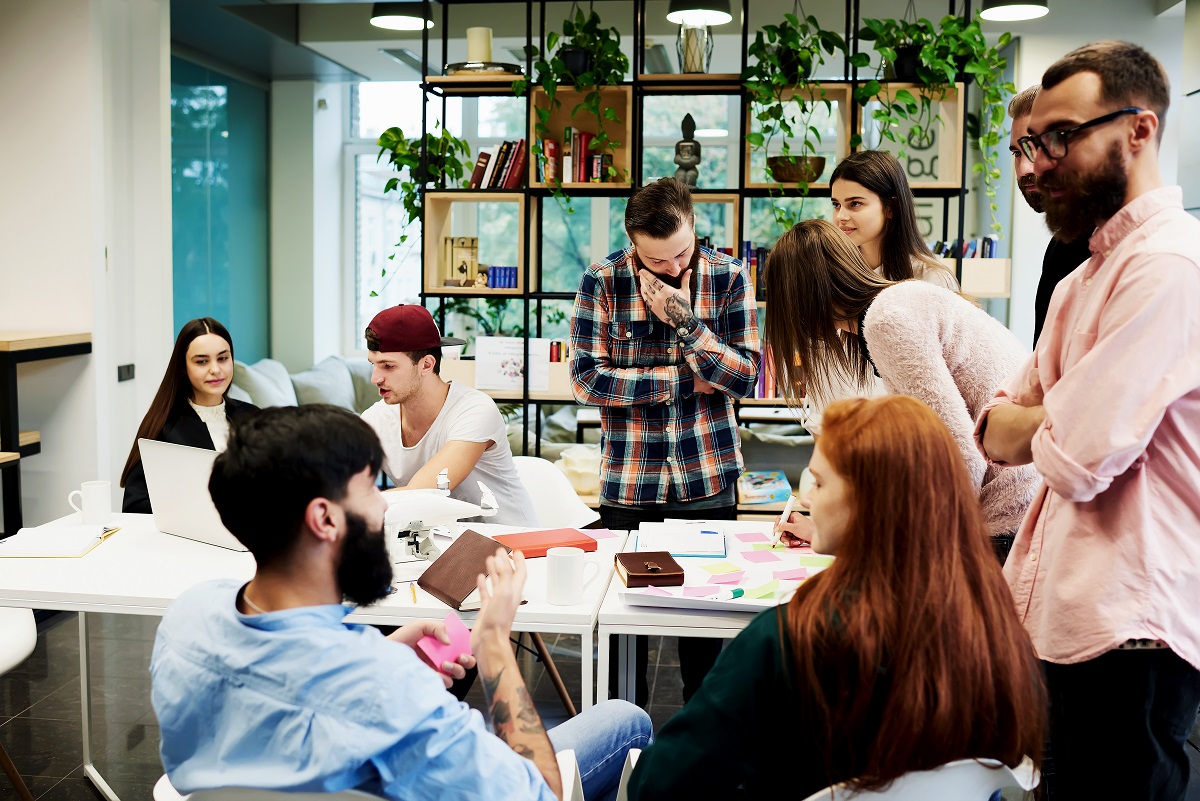 In lieu of saying “JESUS CHRIST RUN IT’S A M********** TIGER”, our caveman ancestors would laugh, breaking the tension and letting the other cavemen know that the situation is safe and they will not be eaten by a tiger tonight.

That simple, prehistoric, primitive physical response turned into what-we-now-know as laughter, and it became a signal for our cavemen brains: everything is safe because that person says so. It became a signal for trust, and once you have a group of people trusting the same one person, then you’ve built up a team, a tribe, a village, a society.

Over time, we found out how to use words, used words to form sentences, and used those sentences to make dick-and-fart jokes on stage (I skipped a few millennia, but you get my point). Using the theory above, self-deprecating jokes can be helpful in the office because:

Humor, even self-deprecating jokes, is one of the best ways to get people to rally behind you. I’m not just making it up, it’s science.

When are Self-Deprecating Jokes Hurtful to Yourself and Others? 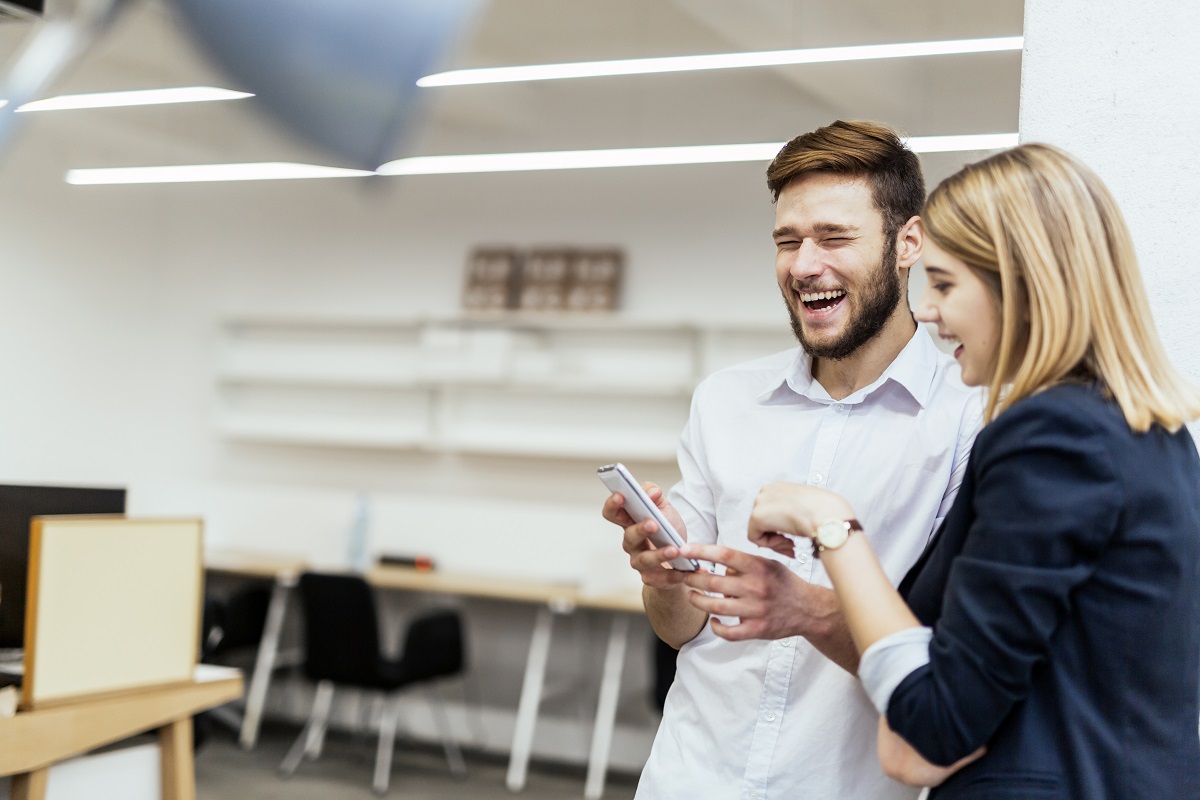 But like anything, there are limits. The thing about self-deprecating jokes is that you have to make the self part of self-deprecating clear: your trauma, as particular as it might seem to you, might be something that someone else has gone through, albeit in a different form. And maybe, that person isn’t ready to process it, or they’re not ready to process it the way you think works for you. Maybe you went through a bad divorce and you’re ready to face it with laughter, but maybe your officemate is going through the same thing and the wounds are still fresh.

Comedy is supposed to be empathic, it’s supposed to help you connect with large groups of people and have them do the same to you. It’s not supposed to alienate someone.

More importantly, self-deprecating jokes are supposed to be just that: jokes. And here’s the thing about jokes: they’re not supposed to be half-meant, they’re fully meant to be jokes. A ‘joke’ that’s half-meant is just passive-aggression, and if you’re saying something to get a laugh, this isn’t the way to go. Self-deprecating jokes become harmful when you start believing them.

Laugh at yourself because you look like a three-legged Giraffe when you run? Funny. But if you actually start to believe that you look that awkward, then it’s a sure-fire way to get you into depressionville, population you.

Remember: your self-deprecating jokes are meant to make your audience and yourself laugh. If you’re not laughing along, then you’re not making jokes anymore: you’re hating on yourself. And that’s not cool, muchacho, because I think you’re pretty awesome.