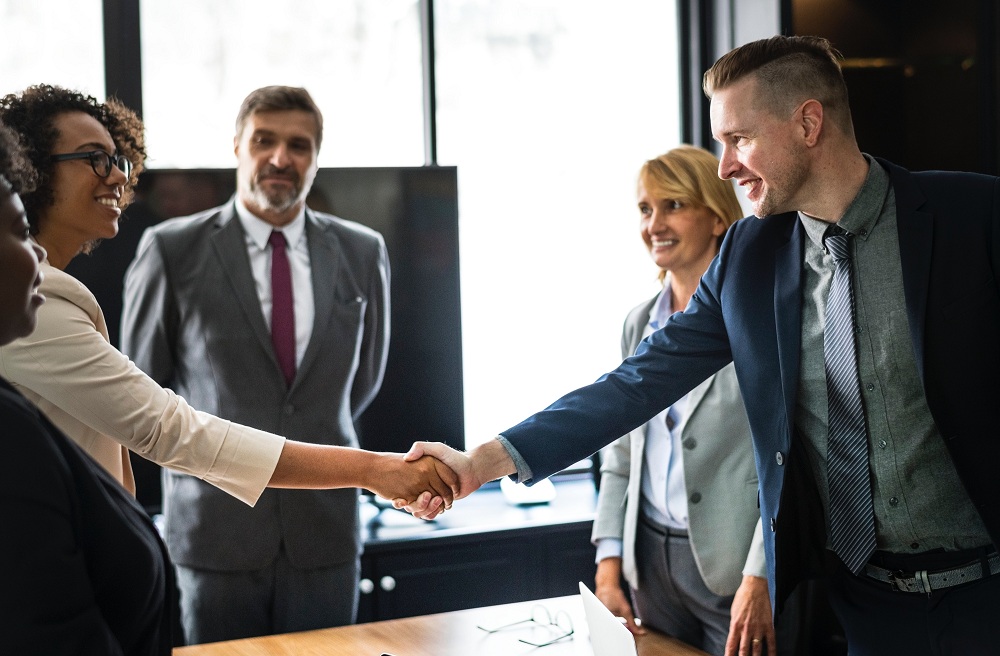 It’s always been a taboo in the workplace: never ask a coworker how much they make. When you applied for your job, HR probably gave you an offer you couldn’t refuse, gave you exactly what you expected, or had to haggle and learn the range employees with that job position made. During salary negotiations, you’ll find HR basing how much you deserve based on several factors: your related experience, your daily commute, the weight of the job description, your credentials, and more.

But according to those who believe in what is known as the “Gender Wage Gap,” another factor quietly but strongly comes into play: your sex.

What is the Gender Wage Gap?

According to the Gender Wage Gap, men make more money than a woman doing the exact same job. For every dollar a man makes, women only make 75 cents. It’s believed that some companies are taking away women’s wages because we have more reasons to become incapacitated to work. Women can take a sick leave for severe menstrual cramps once a month, get pregnant and file for leave months before the baby is due, and then spend the next few months recuperating and caring for the child.

Why the Gender Wage Gap is a Myth 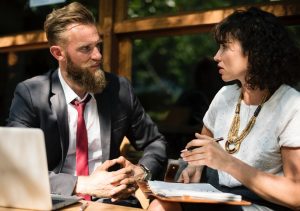 The strongest argument against the Gender Wage Gap is that if women were paid less for the same job, companies would stop hiring men because women are capable of producing the same output for less. In the earlier decades of the United States, labor-intensive jobs in factories and agriculture-related sectors were given to working-class immigrants because they were willing to work for such low wages that white Americans were not willing to work for. Yet, we don’t see corporations pulling this kind of treatment on its employees and hiring all-women labor forces.

Women are just as ambitious as men. Regardless of sex, employees have the right to ask for promotions, which women do. In truth, the statistics that women make less than her male counterpart is just a case of mislabeled data. The one dollar is to 75 cents statistic was calculated by taking the median earnings of full-time female employees and dividing it by the median earnings of full-time male employees.

While the results may be close to 75 to 77 cents, the calculations do not account for factors such as occupation, education, age, and the actual number of men and women in the workplace. And according to the research of the American Association of University Women (AAUW), when you consider these factors and the choices men and women make, the wage gap drops to a little over six cents.

The Effects of Choices in Wage Gap

Several studies by independent researchers and the United States Department of Labor argue that the supposed wage gap is not because of sexism, but because of the different choices men and women have when it comes to their careers.

For example, out of the five top-paying college degrees at Georgetown University, only one degree had more female than male graduates: Pharmaceutical Sciences, with 52 percent of females. In the other four courses – Petroleum Engineering, Mathematics and Computer Science, Aerospace Engineering, and Chemical Engineering – had a female population ranging between 12 to 33 percent.

But when you look at the top five worst-paying college degrees – Counselling and Psychology, Early Childhood Education, Theology and Religious Vocations, Human Services and Community Organizations, and Social Work – women dominate the population in four out of five degrees, with women ranging between 74 to 97 percent of the population.

In fact, there are so many variables that the Department of Labor and the AAUW concede that there aretoo many variables to determine why it appears men make more than women. But the fact remains that you can’t really just divide the median income of two sexes and immediately call it unfair.

However, one could argue that these choices (while it helps step away from the wage gap argument) points to another factor of the workplace that explains why it appears women make less. And to explain that, we may have to look beyond wages.

Not a Wage Gap, a Job Gap 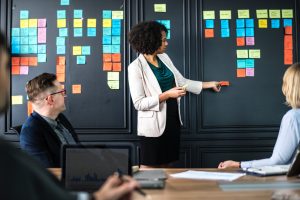 Women, in general, earn 15 percent less than men, according to The Economist. But it’s not because they’re paid less for the same job. Rather, it is because more women work in lesser-paying jobs and have fewer senior positions. In Britain, France, and Germany, up to 90 percent of executive jobs are held by men.

With regards to the arguments that the wage gap is partially due to the risk of a woman getting pregnant and decreasing in productivity for a number of months to have and raise her child, there is some truth to it.

In Britain, France, and Australia respectively, 70, 55 and 56 percent of mothers have reduced their working hours or switched to a less demanding job after having their first child; in comparison, only 11, 13, and 19 percent of fathers have done the same. While in the United States, when a woman goes back to work, her salary is on average much lower than it would have been if she did not have a child. As a result, women are less likely to climb up the career ladder and aim for better-paying job positions and promotions compared to men who do not need to recuperate after their wife produces a child.

So, men become doctors, women become nurses. Women become teachers, men become professors. Does this sound a little sexist to you? It should, because while the gender wage gap may be a myth, the evidence used to argue for it points to a different phenomenon that, based on facts rooted in history, shows sexism in the workplace in a different light.

History of Women in the Workforce 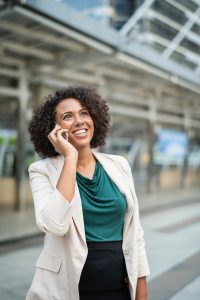 In the past, women were expected to play three roles in their lifetime: daughter, wife, and mother. While women in the United States today could consider her life successful with a thriving job without a spouse and child, careerwomen in the past were frowned upon because they did not live up to society’s expectations. But in the late 1800’s to the 1920s, when there were fewer men in the workforce due to the war and when educated daughters were becoming a trend for middle and upper-class families, more women entered the workforce (I’ve written a separate article here about this and how this eventually led to women’s right to vote).

By the Progressive Era, African American and immigrant women were working in factories, domestic service, and the agriculture industry, while white women could work as secretaries and phone operators. Some people, particularly traditional men and families, were against women working. As a result, there were some women who saw jobs and careers as something to fill their time before they got married and settled on a life as a housewife. And by the time the wars were over and men were back home, more women decided to leave their jobs.

You have to remember that this was in the 1920s, almost a hundred years ago. Your great-grandmothers may have been living as housewives (and may have not been able to vote until their middle ages). Women were only getting the hang of the workforce at that time, while men have had over a century to dominate the workplace.

What Does This Mean for the Present?

Take note that women in the workplace were not an instant part of history. It was a gradual occurrence that took years to develop, especially in conservative states, and I bet that even today, some women still hear the occasional “women should stay in the kitchen” comment in the workplace.

So, while the gender wage gap may be a myth, the gender job gap may not be, and it’s because of the rooted history of women playing second fiddle to men in the workforce. Men had centuries to climb up their own career ladders, while women had a hundred years and were constantly pulled down the ladder by societal expectations and gender roles. 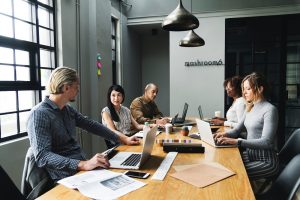 Since people argue that the gender wage gap does not exist because it’s unprofitable to hire men and women were not treated the same way low-wage immigrants were paid before, let’s use a similar example to prove why gender job gaps exist.

If you name some of the first-world countries right now –United States, United Kingdom, China, Japan, Spain, to name a few – you’ll find that one of the things they have in common is that all of them, at one point in history, colonized and even oppressed countries that, today, remain developing countries. Nations in Africa, Southeast Asia, and South America remain poor and underdeveloped because they spent a huge part of their history serving their colonizer. While you could argue that some colonized countries such as Singapore and South Korea made it out just fine, you can’t deny that other developing countries’ progress was hindered because they were given the means to thrive at such a later time.

While it’s not a perfect analogy, the fact is, women have been given the opportunity to thrive in the workplace much later than men. And today, it still shows based on how women are still making bigger strides in progressing in the workplace because we know we’re not there yet. It’s why you’ll find more people supporting women in S.T.E.M. courses, or why we celebrate women reaching the highest positions in large corporations – because it is not yet the norm in the workforce.

While we’re admittedly still a long way to go to achieve gender equality, there’s no denying from data and statistics that men aren’t paid more than women based on sex alone. However, it could be argued that women in the workplace are still developing and taking strides after years of working lesser-paying jobs compared to a larger portion of men.

That’s not to say women aren’t taking strides in the present. Perhaps years from now, when more women are empowered to enter male-dominated degree courses and achieve higher positions, the gender wage gap myth disappears because evidence that creates a gender job gap disappears with it.