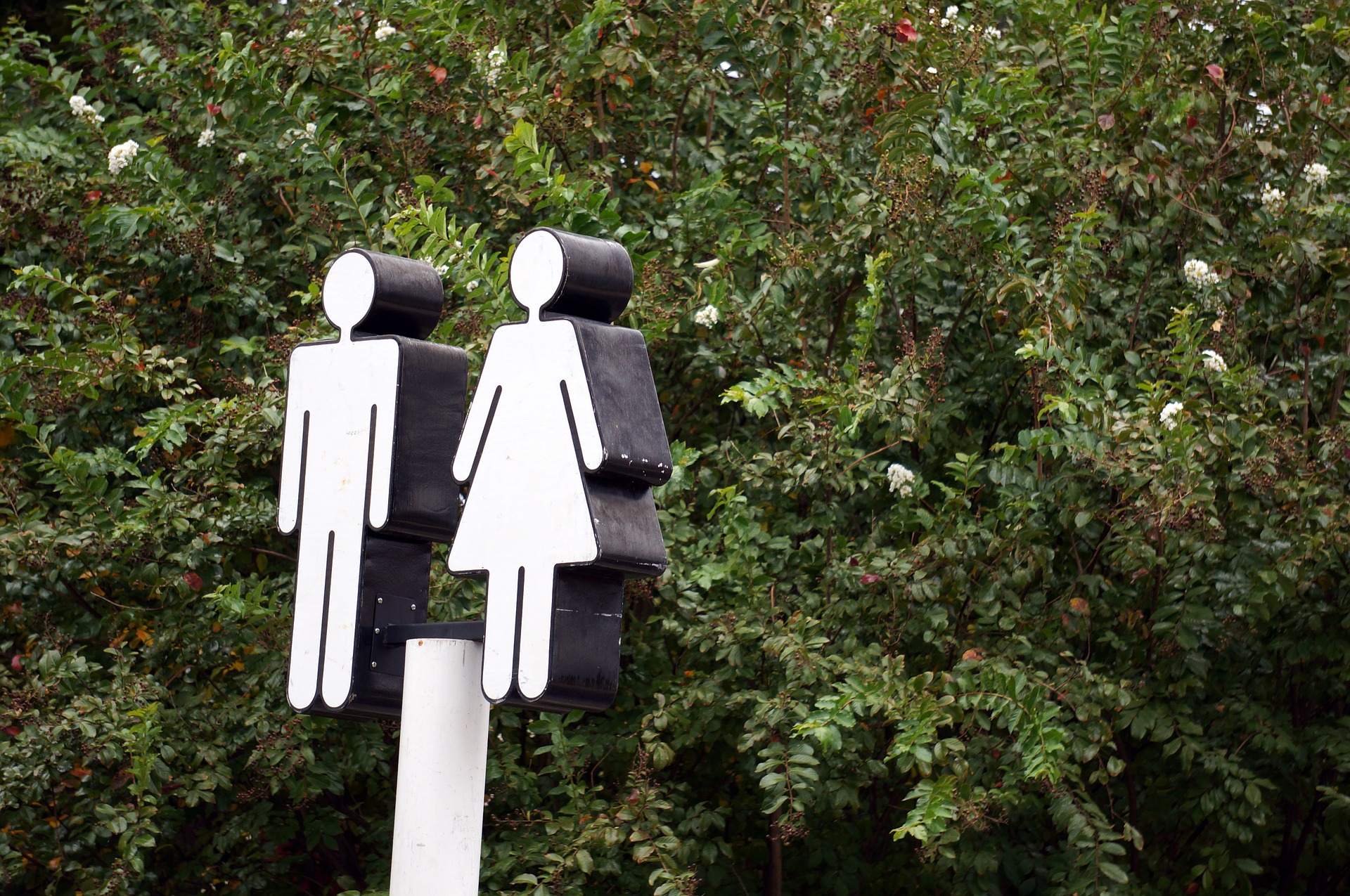 When pop culture icons like Caitlyn Jenner and RuPaul’s Drag Race entered the public eye, there were a lot of conservative people who argued against transgender people and people who wore drag, and a day wouldn’t pass where you’d see comments about gender and sexuality online. When Bruce Jenner came out as a trans woman named Caitlyn Marie Jenner in 2015, you had people from both sides arguing for and against Caitlyn.

It was also around this time that I studied the difference between gender and sex in college. And, contrary to what many conservatives or homophobes may say, there is proof that there are more than two genders that exist according to science.

The biggest argument for those who claim that there are only two gender (man and woman) is that the meaning behind sex and gender and two very different things. To explain why there is more than one gender, let’s dig deeper into the meaning behind those two terms.

This is not a social construct because it is based on biology, genetics, anatomy, and several other related fields in science. A baby in the womb will begin developing sex organs at around the second or third month of development, but will not show signs of its sex prior to this. However, fetuses that will become male babies have a genotype of XY, while a female baby will have XX.

Around 99% of babies will fall into either the male or female sex, assuming that there is no deformity in their development that changes this. But around 1 to 2 percent of babies will develop intersex conditions, which means that their genitalia upon birth is ambiguous. They may eventually develop male or female traits, but it’s possible that they remain sexually ambiguous.

Your biological sex can determine a lot about how your body develops. For example, while going through puberty, both sexes will grow taller, gain weight, and develop body hair in several places, but men’s hair will be thicker and include facial hair such as beards and mustaches (women can get this as well, but it’s rare for a woman to grow facial hair as thick as those of a man’s). A boy’s voice will deepen, but a girl’s voice gets higher. Girls get wider hips and narrower waists, while boys’ penis and testicles grow while their scrotums darken.

A person’s sex may also affect their health. For example, the statistics of men developing coronary heart disease (one in six) is higher than that of women (one in ten), so men who live unhealthy lifestyles are, statistically, more likely to develop heart disease compared to their female counterpart.

These changes and effects are biological and are a work of nature. While men and women can shave their body hair and have procedures done to change their looks, this is what their body is biologically meant to do. But how they present themselves to everyone else is where sex ends and gender begins.

Before We Explain “Gender”…

First, let’s explain what a “social construct” is. A social construct is an idea or practice created and accepted by a certain society. For example, let’s say you’re driving and you see a traffic light and the red light is on; what does that mean? If you know it means “stop,” then you and all other drivers in the world are thinking the same thing. Humanity has come to accept that a red traffic light means that you should stop your vehicle and let other vehicles and pedestrians pass. And we continue upholding this idea because the consequence of ignoring this idea is either a fine from a traffic enforcer or total chaos on the streets from drivers who refuse to acknowledge the meaning of a red light.

So, now, let’s go to another social construct: gender. Earlier, I said that sex can affect the way a man or woman physically looks. This has established certain expectations of how men and women are supposed to look like. Women are supposed to have small waists, wide hips, and bigger breasts while men should be hairy, more muscular, and have larger penises. This is common for most men and women, but what about those who don’t follow these standards? Let’s say a woman grows up with smaller breasts and hairier arms. Or a man matures but his voice is still high-pitched. These aren’t accidents because they were determined by biology and they aren’t harmful to the person in any way, but it merely goes against the expectations people have on how men or women should look like.

And going against these expectations is not only biological – a person can choose to go against societal norms. Try to think of a few social norms that separates boys and girls. For example, girls have long hair while boys have short hair. Girls have pink while boys get blue. Girls are supposed to be dainty and feminine while boys are muscular and brash. Girls like flowers while boys like monster trucks.

In the examples I’ve mentioned, you might have heard a few of these and think it to be true, but think again. When a baby girl is born, does it know immediately that it should prefer the color pink and tea parties? Or does a baby girl only recognize that once it has been subjected to these norms by her parents and the society who have imposed those social norms and constructs on her?

And if you want science behind it, look no further than the most basic topic everyone who took a psychology class in college knows: Freud’s theory of the Id, ego, and superego.

The other two, however, depend on what you learn. The superego develops around the ages of 3 to 5 years old. It’s the foil to the id and controls its impulses by assessing the values and morals upheld by a certain society. If the id is the little devil on your shoulder telling you to steal your classmate’s food to sate your hunger, your superego will tell you to give your food to those who need it even if it means you go hungry, otherwise, you’ll feel guilt. The ego, on the other hand, balances out your primal instincts with societal expectations.

This shows that some things you perceive to be true (like gender norms) are only true because you’ve been raised to think that that is correct. But in reality, it has very little bearing to your survival and only remains true because you were conditioned into thinking that this is the right way of acting a certain method. I’m not saying that this is a wrong way of acting, though. Rather, it’s not the only way of thinking.

Let’s go back to the concept of sex. Your sex at birth will affect how you turn out physically and mentally. And the way your society structures you will also affect the way you turn out and the beliefs you hold. But what if the way you identify yourself does not match the way your sex traditionally identifies as?

Biologically, your body can only do so much to affect how your body turns out. But how you express your body is up to you. What if a man is born a man and has all the biological aspects of a man, but the way he wants to express himself with traits that are traditionally placed on women such as long hair and feminine clothes? Or, what if someone born a woman does not adhere to the body standards placed on women (e.g. thicker body hair, small breasts, narrow hips) and prefers to express themselves in a way that isn’t feminine?

However, gender is not black and white the way biological sex is (and with evidence of intersex persons who never develop genitals, gonads, or chromosomes of one specific sex, it’s possible that sex isn’t black or white either), and is more of a spectrum. Most people identify themselves as either completely masculine or completely feminine, but some express their gender as either more masculine than feminine (butch) or more feminine than masculine (femme).

Take note that gender is still different from sexuality (which is not the same thing as sex). Sexuality defines what a person is attracted to. You can be born a man, identify as genderqueer (someone who neither identifies as totally male nor as female and expresses themselves as such) but can be sexually attracted to women, which makes them heterosexual. Or you can be born a woman, identify as a transgendered man, and be attracted to all genders (which makes you bisexual) or are not concerned with gender when you show your attraction to another person (pansexual).

The Science Behind Genders 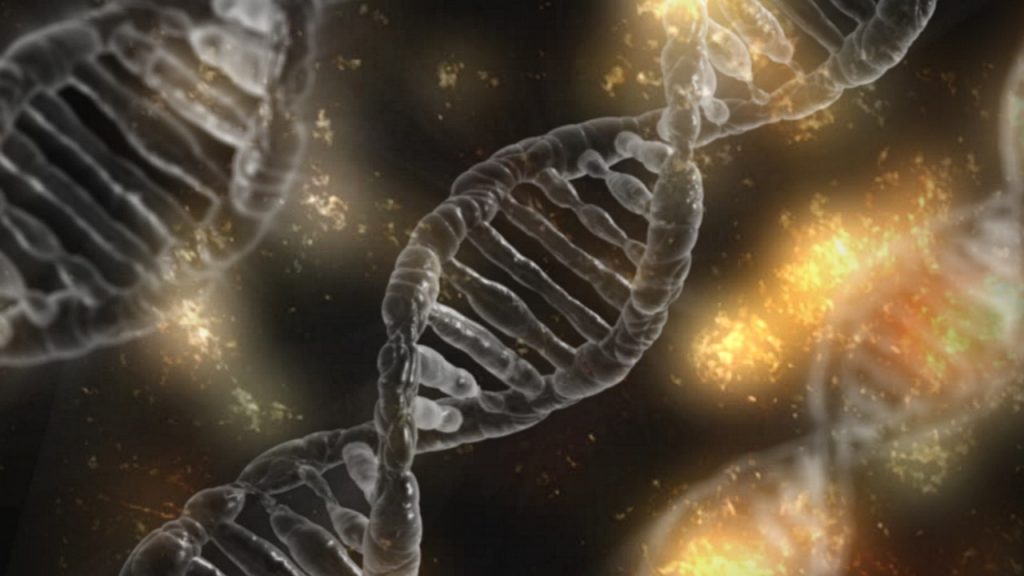 It’s very frustrating when people arguing against gender mask their homophobia in the name of science. They like to proudly state that “there are only two genders” and then expect everyone to believe them when, in reality, it only takes them one Google search to find out that this isn’t the case. If they took the time to check the rest of the internet before spewing out homophobic claims, they would have realized that science is indeed against them.

Don’t believe me? Check out these resources:

To answer the question how many genders exist scientifically: scientific evidence itself proves that gender is a spectrum, so it is impossible to put a number on the type of genders that exist. Sex can be counted into three (male, female, and the rare intersex), but in terms of gender and sexuality (which is another whole can of worms), it is impossible to count when there are so many possible options – and there is the science to explain and prove it.