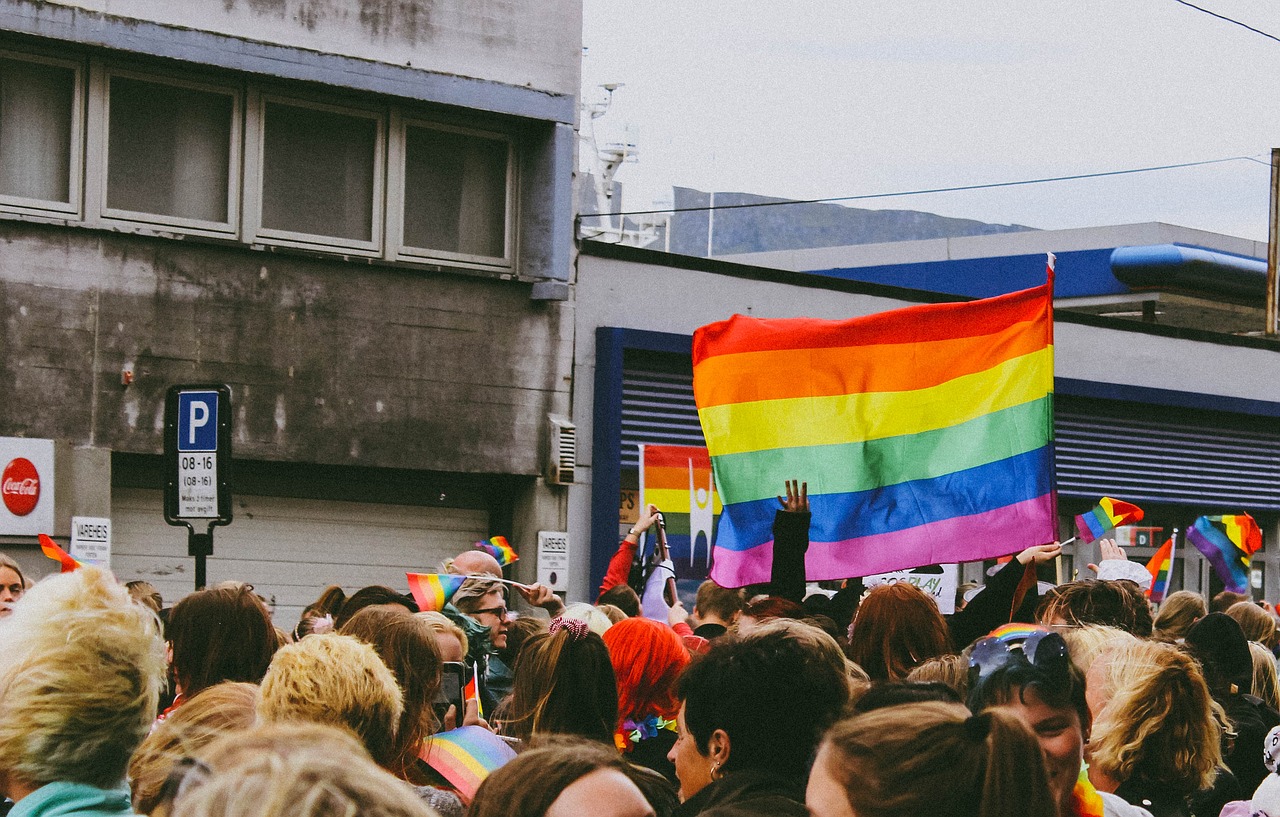 We talk a lot about gender on Fight Hatred, and for a good reason. There are a lot of ways people are discriminated, whether it’s through their race, sex, age, disabilities, body type, or income, so many would argue that there are a lot more pressing issues than how a person expresses their identity.

However, gender politics has been a pressing issue for a long time. And it’s not just a matter on its own; if you look at it in an intersectional way (more on this in a while), you’ll see that a person’s gender has had an effect in the way certain groups are oppressed.

A Brief Explanation on Intersectionality

Before I start explaining gender and politics, I’m going to be using the term “intersectional” or “intersectionality” quite often, so I think it’s best to explain what it means for the benefit of those who don’t know what it is. The concept of intersectionality stems from feminism which argues that different types of social and political identities overlap in terms of discrimination.

Earlier, I mentioned various social ways a person can be discriminated. If you’re looking at it in a very basic way, you only see discrimination happening in a one-dimensional view. For example, prior to the feminist waves in the late 19th and early 20th century, women were discriminated against men as most societies had a patriarchal view of women. Women were relegated to roles such as housewives who were expected to raise their children, care for the home, and raise men. In fact, women in the United States were not allowed to inherit in her own right until 1848 – prior to this, a woman needed a husband to inherit for her (though a woman was still liable for any debts her husband had).

Society was so patriarchal that it frowned on women who chose to enter the workforce rather than find a husband and raise children as most women were expected to do. However, more and more women began entering the workforce during World War I when there was a shortage of men due to the drafts.

We can look at this in a one-dimensional way and see it as discrimination based on sex. But what if we looked at it in terms of both sex and race? There was discrimination against women in the workforce, yes, but what if we look at the plight difference between white women and black women? While white women were allowed to handle secretarial and white-collar jobs, most black women were only employed by factories and other blue-collar jobs while only a small percentage of them (relative to white women in the workforce) were given white-collar jobs. 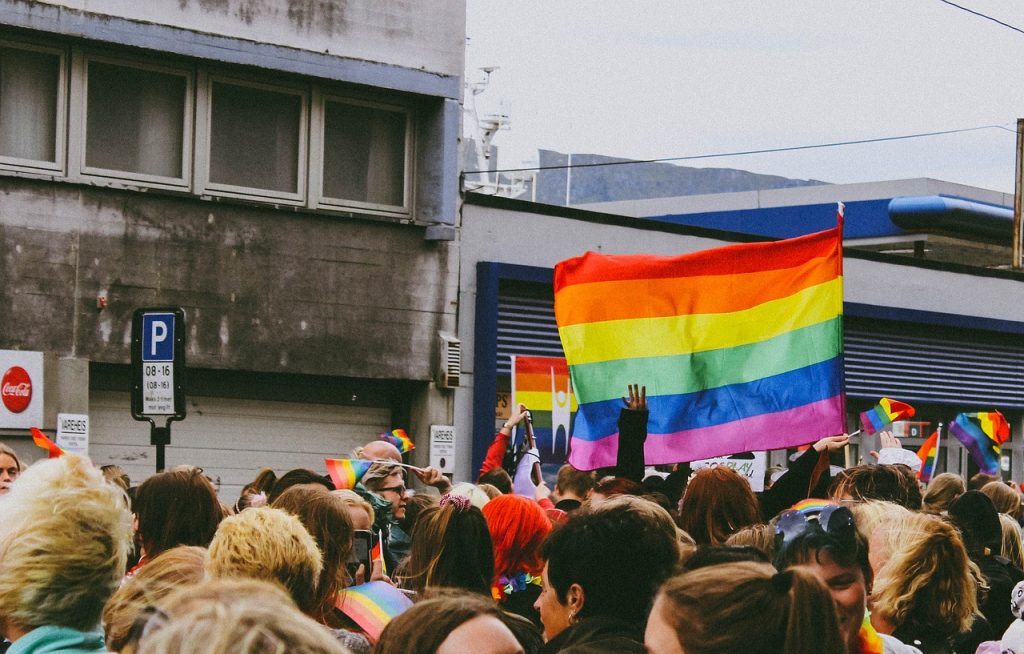 The best way to show how politics controls the way people view gender is to take a look at history and see how people in positions of power control the way most people see certain sexes, genders, and sexualities.

Did you know that homosexuality existed as far as the Ancient Roman Civilization? It wasn’t called “homosexuality” at the time as such a concept didn’t exist. The focus wasn’t on the fact that two men (and as some letters from the past have suggested, two women) were engaged in sexual activity, but the power roles within the relationship. The dominant one was seen as more masculine and thus more powerful, while the submissive one (often the younger person in the relationship) was the more feminine one. Fast forward to the medieval period in Europe with the Catholic Church now in power and suddenly homosexuality was punishable by death.

It also has a lot to do with cultural values in a certain society. For example, In a World Values Survey cited in a 2005 study, when respondents were asked if income-earning work should be limited to men in case their country had a lack of jobs, more liberal places like Iceland only had less than four percent of respondents saying yes. However, in patriarchal countries like Egypt, almost 95 percent of respondents believed the workforce should be limited to men in case of such shortage.

You can see how politics works in terms of gender, sex, and sexuality in such cases. In a certain society, whoever is in charge (also known as the dominant class) gets to say what is good and what is not. So, if the ruling class were to believe that women were inferior to men, there were only two genders (despite science saying otherwise), and any other sexuality but heterosexuality was a crime, it would oppress people based on sex, gender, and sexuality regardless of their wealth, race, or other factors. So, a person who would go against these established norms would be more likely to experience not only oppression or discrimination, but also physical and mental abuse from those who stay true to what is considered the norm.

And this is how gender roles keep a tight grasp on sex, gender, and sexuality to this day.

Gender roles are the socially constructed activities, behavior, and attributes, and other concepts that are delegated to a certain gender. They exist under the assumption that because there are two sexes, then there are only two genders to delegate certain tasks to. The best example for this is the workplace mentioned earlier. Women are expected to stay home and care for the house and children, while men are expected to be the breadwinners and provide enough for their family.

While there’s nothing wrong with a woman who would prefer to stay home and raise her children if that’s what she wants, gender roles impose social control among sexes. During the early 20th century, a woman who didn’t want to conform to gender roles and enter the workforce were seen as odd women and were socially shunned for wanting independence. This is because they did not adhere to the gender roles imposed during that time.

So, with gender roles in place, it becomes clear who is in power. Let’s say that a man is expected to work while a woman is expected to stay at home, raise their children, and be submissive to her husband. The man thus has the power in the relationship because the woman depends on him to provide their household’s income. Back in a time when most women were expected to stay housewives, it was difficult to leave an abusive husband for reasons such as children and financial constraints. Should a woman leave her household, they wouldn’t have the skills to work and earn wages on her own. Thus, plenty of women are left believing they are better off with their abusers.

Outside Cisgenders (And Gender Itself)

And what of people who do not fit within these cisgendered roles? If a biological woman, for example, does not follow the stereotypes and expectations set for women and acts more androgynously or even more masculine, she is punished for it socially through discrimination. Yet, at the same time, if a woman does adhere to the roles expected by women, she is also punished for it by not doing more. It’s a double bind where a woman is damned if she does, damned if she doesn’t.

It’s very complex to talk about the way gender comes into play with all the other societal problems. For example, a wealthy transgender would have the means to successfully transition and blend in with society compared to one that is financially struggling, and while the wealthy one might have more power in society, they are still prone to gender discrimination from those who are against their choice of gender.

If someone had a gender that fell outside of societal norms, they too would be socially discriminated against. While this article isn’t meant to solve gender equality and I don’t think I can come up with a solution to ending gender politics overnight, I feel like talking about it and the power inequality between genders can make people more aware of the way gender affects one’s position in society.