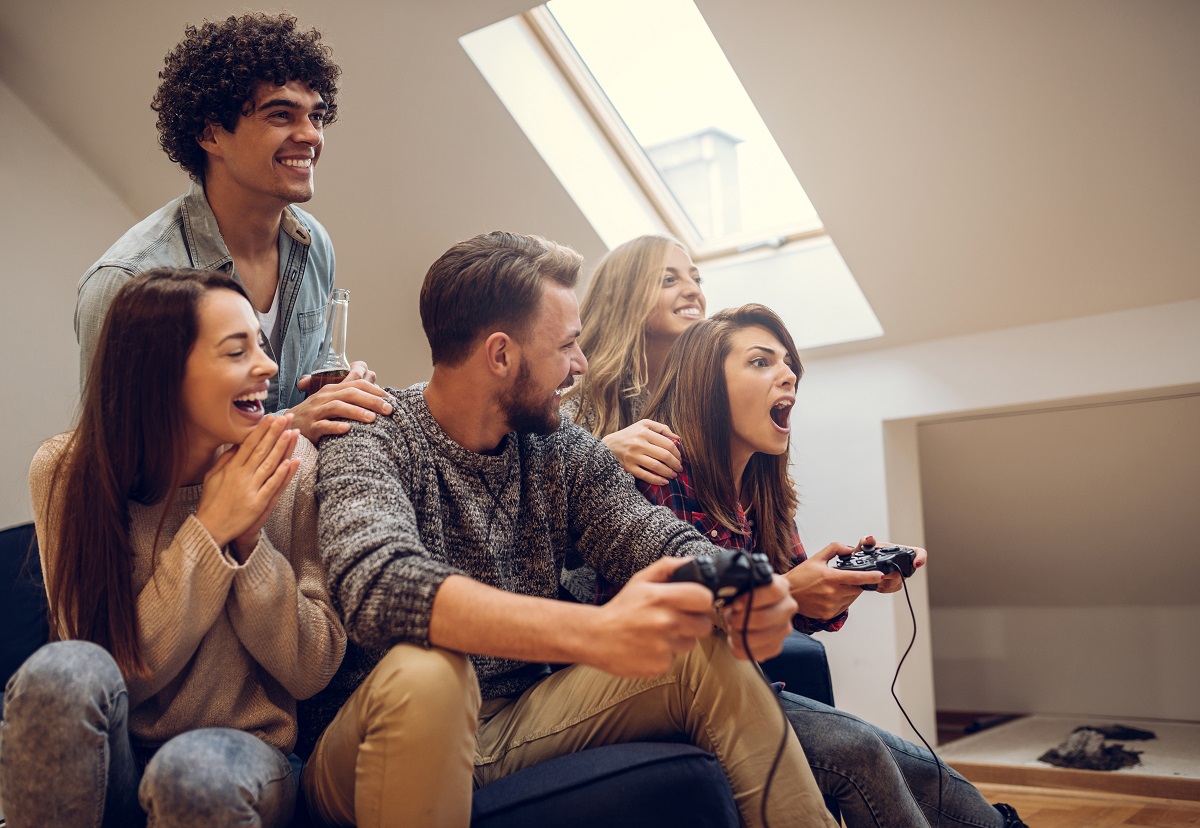 There are a lot of role models that little girls can look up to in pop culture. The music and movie industries have a wealth of artists that have made waves and attracted attention for many years. But what about video games? It is the highest-earning form of entertainment, and that means it is a large industry. Even though its audience is still dominated by the male demographic, there have been a lot of advances over the past few decades. There have been key female personalities on the side of the developers and publishers, with Amy Hennig and Jade Raymond as prime examples. Hennig is a writer who has worked on one of the most popular game franchises of the moment, the Uncharted series on the PlayStation. Raymond is an executive producer who has had her hand also on some of gamings biggest titles — Assassin’s Creed and Tom Clancy’s Splinter Cell.

Video games put you in the world of fantasy. Given that, it is understandable how young gamers relate themselves to the character they are controlling. When it comes to strong female lead characters, here are some of the most iconic ones around.

Once upon a time in Japan, the country experienced a mysterious scarcity of 100-yen coins. It was discovered later on that the culprit was the arcade classic, Space Invaders. If you could speculate for a bit, this might have been discovered by a logistics company moving the cabinets. Those coins would have added a lot of weight, and hauling them from one place to another would be a tough job for whoever was responsible for that.

Fast forward to 1991, there is a new game phenomenon in town that are stealing many kids’ quarters. This game is Street Fighter II, and there was nothing quite like it when it first came out. It had large and detailed sprites and colorful backgrounds, but people were sold on its gameplay. It is a fighting game where part of winning is to learn all the moves. There are eight characters to choose from, and one of them is a martial artist from China named Chun-Li. She is one strong character and not the usual damsel in distress. This makes her effective as a member of the Interpol, whose objective is to catch the most dangerous criminals around the world. It was her fighting skills and character design that made her stand out. Today, Street Fighter is still an active franchise with Chun-Li as one of its revered characters.

During the 1980s, Nintendo dominated the home console market. They are well-known for two of their biggest properties, Mario and Zelda. A lot of people were pleasantly surprised when they released a mysterious adventure game called Metroid. You travers its world in a non-linear fashion, as opposed to many titles back then adopting a level-by-level format. The character you control will discover power-ups along the way, and these would grant you special abilities that will allow you to uncover the whole map. Among these are curling into a ball so you can roll into tight spaces, and the ability to fire missiles that can destroy some walls. The game world itself gives off a sci-fi vibe that reminds people of Alien. The environments can make you feel isolated and sometimes claustrophobic.

Samus Aran is the name of the main character of Metroid, who dons the iconic orange armor throughout the game. People had their minds when they beat the game because the ending revealed Samus without armor, and she turned out to be a badass woman. It was quite unheard of at the time because most games featured either a space ship or a mascot character. She has since then become one of Nintendo’s trademark characters.

Final Fantasy is one of video gaming’s premiere role-playing series. It has a long history, with its first game having been released by Squaresoft on Nintendo’s Famicom in 1987. The most recent numbered installment is Final Fantasy XV, and that is not counting the many spin-offs and remakes of the franchise. Each entry is a unique story. So if you are worried about needing to play the previous titles, you do not have to do that. But in rare instances, Square would expand the story by producing a true sequel. This happened with the tenth installment, where they released Final Fantasy X-2. The other time the did it was with XIII, which received two sequels.

The thirteenth Final Fantasy was released for the PlayStation 3 and Xbox 360, and its main character is a female knight named Lightning. You will admire her stoic demeanor, impressive fighting skills, and powerful special abilities. She is cited by some as one of the most powerful characters in the whole franchise.

The presentation of video games has gotten better over the past few decades. You are now able to enjoy complex storytelling filled with interesting characters and plots. In a medium whose audience is mostly male, these female protagonists shine like beacons in the dead of night.